The criss-crossing canals and the busy backwaters of Alappuzha evoke comparisons with the European country Venice and hence called the Venice of the East. There are numerous architectural treasures, trading houses and old mansions built in a style that is unique to this part of the country. Its distinctive allure relates to these buildings, winding canals and quiet streets. It lies sandwiched between the Arabian Sea and the Vembanad Lake, which is India’s longest lake. There are many weekend destinations that can be explored near Alappuzha. Some of them have been listed below. 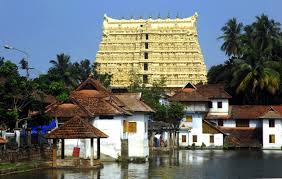 Thiruvanathapuram, the abode of Anantha, the sacred Snake God on whom Lord Vishnu rests was renamed to Trivandrum by the British. The capital of the south Indian state Kerala, this city is green, clean and has a touch of leisure to it. Padmanabha Swamy Temple which is home to the deity of royal family of Travancore is very famous. Along with this temple, there are many other important tourist destinations in Thiruvananthapuram including Agasthyaarkoodam, Aakulam Tourist Complex, Ammachiplavu, Anjengo Fort, Beemapalli Dargah Shareef, Kovalam Beach etc.

It is located at a distance of around 152 km from Alappuzha and can be reached in around 2 hours 50 minutes when travelling by car. The cities are also connected by the available state operated buses.

It is one of the most beautiful regions in the Indian sub-continent and, thus, there is no dearth of places that can be visited in Munnar. The nature lovers throng Eravikulam National Park. The whole sight of the green lanes, the landscaped tea estates and the cold breeze is breathtaking. Some of the sightseeing attractions include Tata Tea Estate, Kannan Devan Tea Museum, Lakkam Waterfalls, Top Station, Pothamedu, Church of South India, etc. While in Munnar, do not forget to shop for different flavors of tea. One can also visit the factories and see the whole process of manufacturing of tea.

Located at a distance of around 160 km from Alappuzha, Munnar can be reached in around 3 hours 51 minutes by road. Private or state buses can be opted if affordability is the main focus. You can also opt for private taxis or cabs or travel by your own vehicle. The en-route sightseeing is worth seeing.

The ancient port town of the Naura, Kannur has been in the process of exporting goods to the other countries since the early times. It is also known for its timber which is of very high quality. Its rich history is displayed in its old forts, ancient shrines and various institutions. It is well known for spices, wood, sandalwood and coir along with opium, dry fruits, camphor, sugar etc. So, while in Kannur, do not forget to go for shopping apart from visiting the famous tourist destinations. Some of them include Cheruvathur Kota Palli, alluring beaches, backwaters, Fort St Angelo, Ezhimalai, Kottiyoor Shiva Temple, Mahalingeshwara Temple, Rajarajeshwara Temple and more.

It can be reached in around 6 hours 30 minutes by road as it is located at a distance of 324 km from Alappuzha. Opt for a state operated bus if you wish to travel in an affordable manner or hire a private taxi if privacy is main concern.

Tirur, a municipal town in the Malappuram district, is well known for its betel leaves and fish all across the world. There are many places of religious and historical importance in this city and include Alathiyar Hanuman Kavu Temple, Garudan Kavu Temple, Tripangode Kalasamharamurthy Temple, Trikkandiyoor Maha Siva Temple, Vyrankodu Bhagavathy Temple, Puthiyangadi Masjid, Kadambuzha Bhagavathy Temple and more.

The Tirur Railway station is one of the main railway stations in the area and almost all the trains stop here and connect the district with the rest of the cities in India. It is located at a distance of 181 km from Alappuzha and can be reached in around 3 hours 24 minutes when travelling by road.

Malappuram, a land atop hills, is sandwiched between the Nilgiri Hills and the Arabian Sea and has three rivers flowing through it- Kadalundi, Chaliyar and Bharathappuzha, enriching its soil. Having had an eventful and rich history, Malappuram is still known for the Islamic philosophy and Hindu Vedic learning. Some of the well-known tourist attractions in Malappuram include Kottakal, Kondotty, Kadalundi Nagaram, Teak Museum, Manjeri, Nilambur and more.

It is situated at a distance of around 206 km from Alappuzha which can be covered in around 4 hours when travelling by road. There are many options available such as private cabs, private buses and state owned buses.

Thalassery is a well-known commercial town lying on the Malabar coast in the South Indian state, Kerala. Some of the notable attractions in Thalassery are the Dharmdam beach and Muzzhapilangad Beach and their fests and carnivals. The others include Fisherfolk Temple, Juma Masjid, English Church, Randattara Cinnamon Estate, Overbury’s Folly, Tellicherry Fort, Catholic Rosary Church and more.

Being located at a distance of 303 km from Alappuzha, it can be reached in 6 hours when travelling by road. One can hire private taxis or go by the buses that ply between both the cities.

Formerly known as Paniyani or Ponani, Ponnani is the smallest municipality in the Malappuram district. It is located at the mouth of the River Bharathapuzha and is also known as the ‘Town of Mosques’. There are many tourist attractions in Ponnani and some of them include Biyyam Kayal, Bhadramkulnagara Temple, Panikkankavil Temple, Manja Bhagavathy Temple, Ponnani Beach, Padinjarekkara Beach, Thera Deva Temple, St Anthonys Catholic Church and more.

From Alappuzha, Ponnani is located at a distance of 160 km, a distance that can be covered in around 3 hours when travelled by road. Opt for buses or private cabs and enjoy the en-route scenery.