Alappuzha is home for uncountable water bodies which make the port town of South-Western Kerala a natural marvel. The numerous canals, lakes, rivers, backwaters are the city’s physical identity. The western coastline of Arabian Sea has made an additional touch of beauty beyond explanation. Thus, with all these enchantingly eye-soothing features, Alappuzha or more affectionately called Alleppey, its previous name has drawn thousands of tourists and travelers from eon.

Alappuzha has many fresh water rivers; the most important ones are the Manimala River, Achankovil River and Pamba or Pampa River. 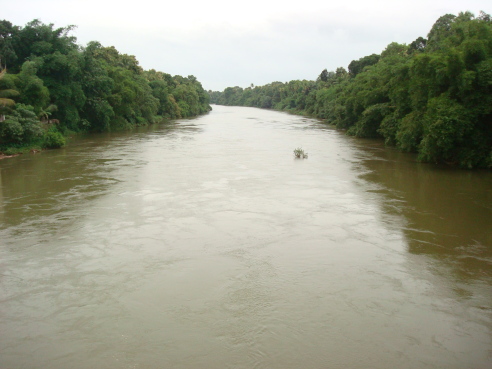 The Muthavara hill in the Kottayam district near Peerumedu in the Idukki distict of Kerala is the origin of the Manimala River. From there the river passes through the Alappuzha district by entering the Thalavadi village in Kuttanad taluk. The river Manimala then falls in the Pamba River at Muttar. The total length of Manimala River is 91.73 Km. The river flows through several villages like Manimala, Kaviyoor, Mallappally, Kozhimukku, Kalloppara, Thalvadi, Champakulam etc. There are many temples, churches and other worshipping places are located at the bank of Manimala River. 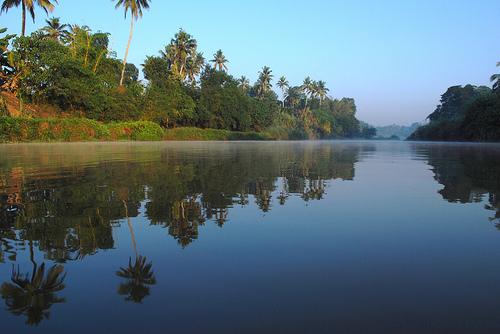 Achankovil River is yet another famous and holy rivers of Kerala. Achankovil, which means the shrine of the Achan or a supreme deity, may have some Buddhist origin as the Shramana or something like that. River sources from Pasukida Mettu, Ramakkal Theri and Rishimalai of Kollam District. Then the river reaches at Venmony, Alappuzha. The river is also known as the Kulallada River. The river has a total length of 32.19 Km and a total catchment area of 1155.14 Sq. Km. Achankovil flows through Cheriyanad, Puliyoor, Chengannur villages and then enters Mavelikkara taluk and finally falls in Pamba River at Veeyapuram. 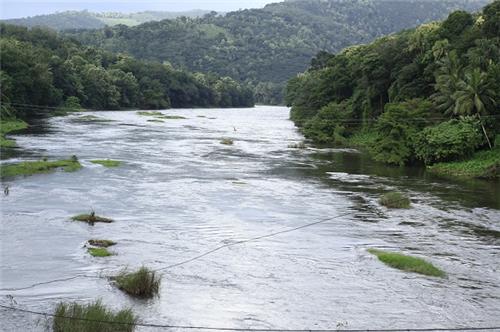 After Periyar and Bharathappuzha the third longest river in the state of Kerala is Pamba or Pampa which is also known as the ‘Dakshina Bhageerathi’. This is one of the most significant rivers in the whole south India also as the famous temple of the lord Ayyappa is situated at the bank of Pamba River. Pamba is the longest river in the princely state of Travancore area. The river has its source of birth at the Pulachimalai hill in the plateau of Peerumedu. Then it flows through several villages and taluks like Pandanad, Veeyapuram, Thakazhy, Tiruvalla, Chengannur, Kuttanad, Ambalapuzha and then falls into the Vembanad lake. Pamba feeds the most fertile land of Kuttanad in the district of Alappuzha by lending its water for irrigation. The total length of Pamba river is 117 Km and the catchment area of the rive is 1987.17 Sq. Km.

Explore more about Geography of Alappuzha