A narrow sandy strip with numerous water bodies, rivers, canals, lagoons and back waters was once compared to the Venice of the West by the Viceroy of the Indian Empire in the early nineteenth century and he enchantingly gave the famous sobriquet to this place the “Venice of the East”. Alappuzha is the most beautiful and captivating port city in Kerala. Previously and more popularly known as Alleppey, the small city still attracts the maximum number of tourists in the whole state. 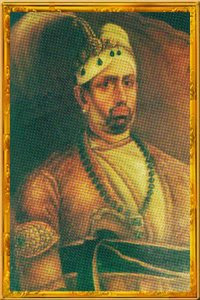 Though the district of Alappuzha was formed in 1957, the history of the city Alappuzha goes long back to the period of Sangam dynasty but the city and its surrounding region were brought to light of golden phase was during the kingship of Maharaja Marthanda Varma who was called the ‘Maker of Modern Travancore’.

Historical evidences assert that the port city had long trade connection to Greece, Portugal and several other European countries. The essence of aromatic Indian spices especially those fragrant cinnamon, cloves, pepper and ginger had always attracted the European merchants to the southern part of Indian from aeon. Vasco da Gama to be believed to be the first Portuguese explorer and merchant to be arrived at Calicut in 1498; since then south Indian sea-line had become the most used way for the foreign invaders.

With the merchants, there entered some Portuguese Catholic preacher who started preaching Catholicism and baptizing the existing Syrian Christians. Till the 17th century the Portuguese ruled over the entire place including Alappuzha. But after the trade-invasion of the Dutch merchants the Portuguese rule fell from its past glory.

The Dutch came in south India as traders of spices but soon they started to widen their heavy influence in political affairs and the cultural hegemony of Alappuzha. Maharaja Marthanda Varma was the first native king to become the obstacle for the Dutch to march forward in other arenas. He gave the Dutch a grave setback from the political involvement by making plentiful annexations between the Native kingdom of Alleppey and its surrounding areas. 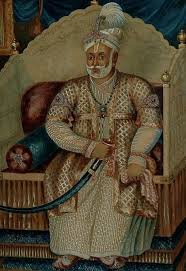 The good works of Maharaja Marthanda Varma was carried with flair by Dharmaraja and his reigning phase (1758-1798) was the golden period of the whole Travancore including Alappuzha. Rather say, it was actually his desire to make the place as a fully equipped port-town.

The town started functioning as a port in 1776. During his time Alappuzha saw the maximum development in almost every sphere. The further growth of Alappuzha was carried over by the next king Raja Kesava Dasa. Known as Valia Dewanji, Kesava Dasa transformed Alappuzha into an active and important port-town. Several roads, trade-ways, canals and other water ways were made during this period which eventually made the city a thriving commercial hub. He even conducted a royal survey to know exactly what were needed for the town to get revamped.

Kesava Dasa was the first king of Travancore who opened the door of the town for the Gujaratis and other native communities who understood business as well as the business. Alappuzha, therefore, witnessed having impacts of various communities in terms of the city’s architectures, business patterns and the mindset of the city to a great extent. After that period, Alappuzha witnessed some major progress during the reign of Maharaja Balarama Varma. Numerous internal developments were done during that phase.

The first Post and Telegraph Office, multiple judicial courts, some major factories and the Town Development Committee were some of the many significant works of Maharaja Balarama Varma.

The region came under the British rule during the late eighteenth century and though eventually the importance of Alappuzha as a natural port fell down drastically, the city witnessed somewhat noteworthy development in a few spheres. Alappuzha district’s judicial system was revamped by Colonel Munro.

Significantly during that phase, Alappuzha saw numerous movements and struggles, especially some important freedom movement held at Alappuzha in the last decades of nineteenth century. Punnapara and Vayalar movements were historically famous as the movement against Sir C. P. Ramaswamy Iyer, the then Diwan Sahib of Travancore. Alappuzha was also socially very much aware from a long time. A journalist and a brave-heart, T. K. Madhavan started a campaign against untouchablity towards the lowest layers of the society. This movement led the legendary Ambalappuzha Sree Krishna Swami Temple to remain open for all the Hindus irrespective of their individual castes.

At present, Alappuzha is Kerala’s one of the most popular tourist destinations.