Known for its ultimate natural beauty comprising of several types of water bodies, Alappuzha or more popularly called Alleppey has diverse geographic features. Located between 9.50 North Latitude and 76.330 East Longitude, Alappuzha covers a total of 1414 sq. km area. The district of Alappuzha is situated in the South of Kochi and west of Kottayam. On the west of the district is the Lakshadweep on the Arabian Sea. Situated directly by the side of the Arabian sea, many areas of the district are in the low region. Significantly, there are no forest and major hills in the district except for some small hillocks scattered at the east of the district. 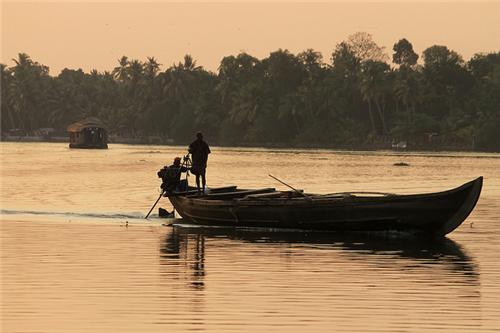 The beauty of Alappuzha remains in the water bodies those criss-cross on the land make it a heavenly enchanting place. Numerous fresh water rivers, canals and lagoons and of course the coastal line with several backwaters make the port-town nature’s beautiful handicraft. The most important water bodies in Alappuzha are Manimala, Pamba and Achankovil or Kulallada rives and Vembanad and the Kayamkulam lake. Originates from the Mothavara hills, the Manimala River goes through villages of Manimala, Kaviyoor, Mallappally, Thalavadi, Kalloppara, Kozhimukku and Champakulam and then joins the River Pamba in Muttar. The total length of the river is 91.73 kms. River Pamba originates from Peerumedu and falls in the lake of Vembanad. The total area it flows though is 1987.17 Sq. Kms. While its total length is 74.02 Kms. From Achankovil River which is also known as Kulallada River has its origin Pasukida Mettu and the catchment area of this river is 1155.14 Sq. Kms. The length of the river is 32.19 kms.

The most important lake in Alappuzha is the Lake Vembanad which is also the most significant west coast canal system in India. The total length of the lake is 84 kms and the average breadth is 3.1 Kms. The total catchment area of the lake is 204 Sq Kms. Stating from Alappuzha the lake ends in Kochi. Many rivers including Achankovil, Pamba and Manimala etc. flow into the Vembanad Lake. The centre of the lake has a variety of beautiful rows of palm and coconut trees and other lush vegetation. The land in between the lake is called Pathiramanal meaning the mysterious sand-belt of midnight. This lake is also the largest mud regulator in the country. Another important lake in Alappuzha is The Kayamkulam Lake which lies both in Alappuzha and the Kollam district. Apart from the scenic beauty this lake provides public transport.

Alappuzha also has several canals which are mostly used for the navigation system. The most important one is the Vadai Canal. 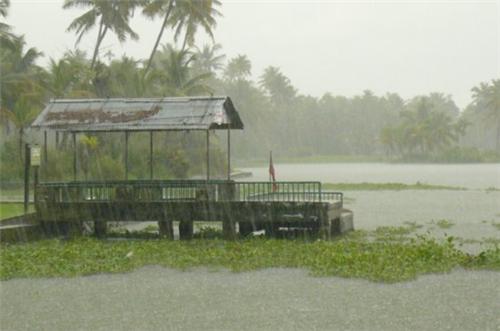 As a coastal city with huge amounts of various water bodies, Alappuzha is naturally hot and humid throughout the year. The heat increases during the months of summer and from mid September to November the temperature remains comparatively cooler. The average temperature in April-May remains around 270-290 Celsius. The lowest temperature in this region comes down to 230 Celsius during October-November. The interesting feature of any coastal city is their long and wet monsoon season. Alappuzha has two monsoon seasons one is from June to September and another one is from October to November. The average precipitation in these seasons is around 2763 mm. 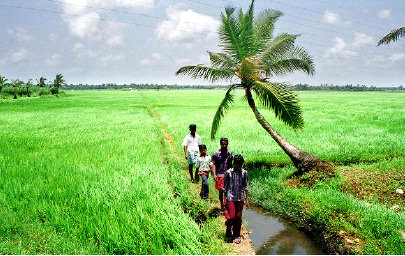 Another important attributes of the natural formation of Alappuzha is the Kuttanad region. With a stretch of 75 Km, the amazingly fertile Kuttanad is called the ‘Rice bowl of Kerala’ and interestingly is one of the rare places where agriculture is done below the sea level.

There is a huge area in Alappuzha fitted for pisciculture as a significant percentage of the district is water-logged. Alappuzha has a vast resource of marine animals which makes the district an important fishery along the western coastal line. The fishing season in the coastal areas is from October to May but with several fresh water rivers the inland-bound fishing happens throughout the year.